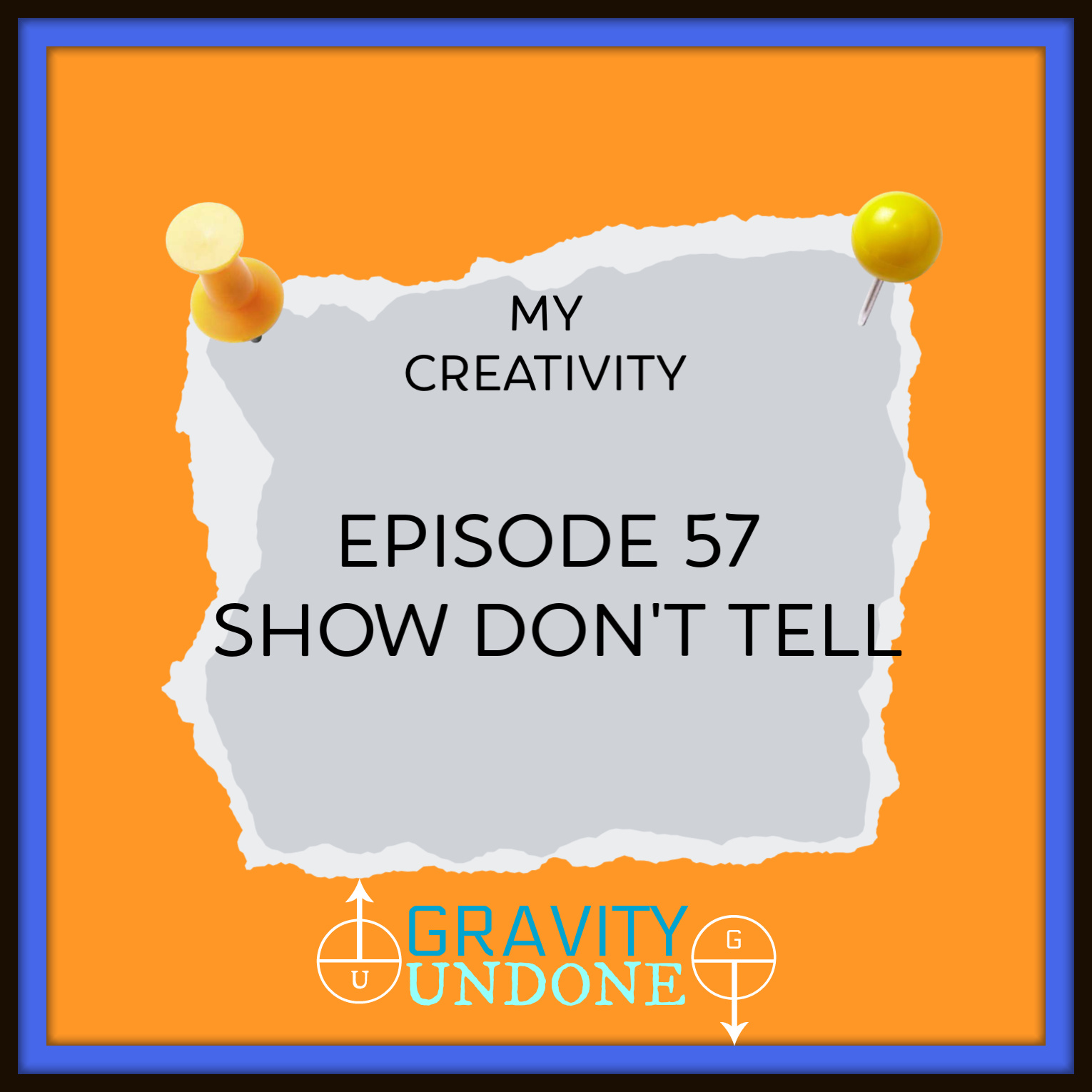 It’s something we, as writers, are constantly being told.  We have to show the reader our world, show them our characters and let them experience the story.  I’ve thought a lot about the old adage and have come up with a way I find useful to weed out my telling and replace it with showing.

What do I mean when I say “telling”?  The easiest way I find is to read my work out loud.  If it sounds like I am recounting something that happened, like I’m chatting with friends, then it’s probably telling.  Here is an example:

Ratchetman flew over the Perth skyline.  He stopped and looked at the beautiful river dotted with boats.

If you read the above out loud you’ll hopefully see what I mean about it sounding like you are just recounting events while chatting.  That’s how I think of it.

Showing is when you write about the experience of doing the action.  It is a form of writing that would sound funny if you spoke like it in casual conversation.  If you read it out loud and it sounds just like you are reading a story out loud, then it is probably showing. Here is the same example rewritten:

Wind whipped Ratchetman’s cape about as the Perth skyline slipped underneath him.  The boat-dotted river caught his attention, rendering him speechless with its beauty.

If you read the above out loud, it would sound funny in ’round the water cooler’ conversation.  You can feel the cape flapping in the wind and see the city as Ratchetman flies over it.  That’s what showing is all about.  Most of your novel should be showing, but every now and then you’ll need to tell.

When to Tell, When to Show

After reading all about showing and not telling, except when you should tell and not show, I have been left wondering, like you, when you do which.  I’ve read a lot of books.  I’ve read science fiction, fantasy, biography, literary fiction and books about guns (I’m a boy after all).  In all the story driven stuff (so everything except for the guns) I would say about 90-95% is showing and the remainder is telling.  OK, maybe biographies have more telling, but not all.  As a rule I show, but when I need to skip ahead or pass over some necessary, yet uninteresting, detail, I tell.  For example:

Wind whipped Ratchetman’s cape about as the Perth skyline slipped underneath him.  The boat-dotted river caught his attention, rendering him speechless with its beauty.  It was midnight.  Time to fly home.

Poor example, but I wanted to show you the ratio of showing vs telling and do it quickly without writing a whole chapter.  The first two sentences are showing because I want you to feel the flight and experience the river.  The second two sentences I’m telling because, while it is important you know it is midnight and he has to get home, it isn’t important that you feel that.  I could have written something like:

The moon’s bright glow lit the low-lying clouds with a ghostly radiance.  Ratchetman raised his arm and glanced at his watch.  He squinted to make out the dial.  Midnight.  He banked into a sharp turn, the skyline slewing sideways and dropping away behind him.  blah blah blah…

You could say that you tell when you need to move quickly without getting bogged down.  Sort of like the set up for a joke: “Three men walk into a bar…”  The joke only really starts after the men get to the bar and start talking to the bar tender.  So you tell the audience the entry and then start showing them the joke.