Space Brains, started in 2019, is a podcast co-hosted by Surrey Hughes and Mark Regan that discusses science fiction movies. It isn’t a review show and does contain spoilers.

Each episode features a science fiction movie that is examined and discussed with a view of talking about what is good and what is great. This is not a show that dishes dirt or talks to a negative point. The co-hosts love science fiction and love movies and seek only to share that love with their audience.

Who is it for?

If you like to talk through movies with your friends but you want to learn a little more or gain a bit of extra insight, then Space Brains is for you. You might be a script writer and movie director, an author or a fan. Regardless your background, if you like insightful and positive discussion of science fiction movies, you will like Space Brains.

Each episode of Space Brains focuses on one movie and follows the same basic format. Every 5th episode covers a “classic” movie that has demonstrated particularly endearing or enduring traits.

Space Brains endeavours to release an episode every two weeks on a Saturday.

Surrey has watched and read his way through an impressive amount of science fiction.  His background as a software engineer and solution architect place him firmly in the “nerd” camp and he loves it.  His father, a PhD of nuclear physics, introduced him to the scientific method, Scientific American and New Scientist at an early age.  His mother introduced him to creative pursuits and fantasy novels encouraging him to write. So other than Space Brains Surrey also writes and produces Exit Plan, a contemporary fantasy audio drama podcast and is writing novelisations of Exit Plan while putting the finishing touches on his epic fantasy series The March of Duthaan.

Expect more science oriented podcasts, fantasy musicals and novels in the near future. 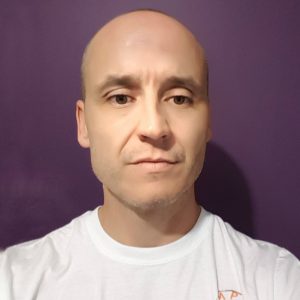 Mark Regan is a fan of film. He is a filmmaker, photographer and writer. Mark fell in love with science fiction at a young age and started to create short films with his siblings. In fact, his first script writing experience as a teenager was writing fan fiction, an entire episode of The X-Files (Mark still believes Chris Carter should make his episode).

He studied and experimented with creating films at university. He has being writing and producing short films his whole adult life, with the goal to make science fiction feature films one day. . Mark loves the way science fiction can take an audience to an altered version of reality but still deliver a meaningful learning experience for the audience. 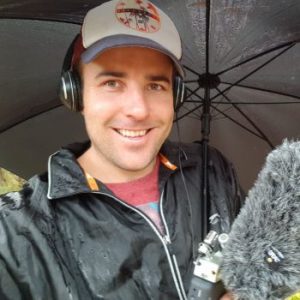