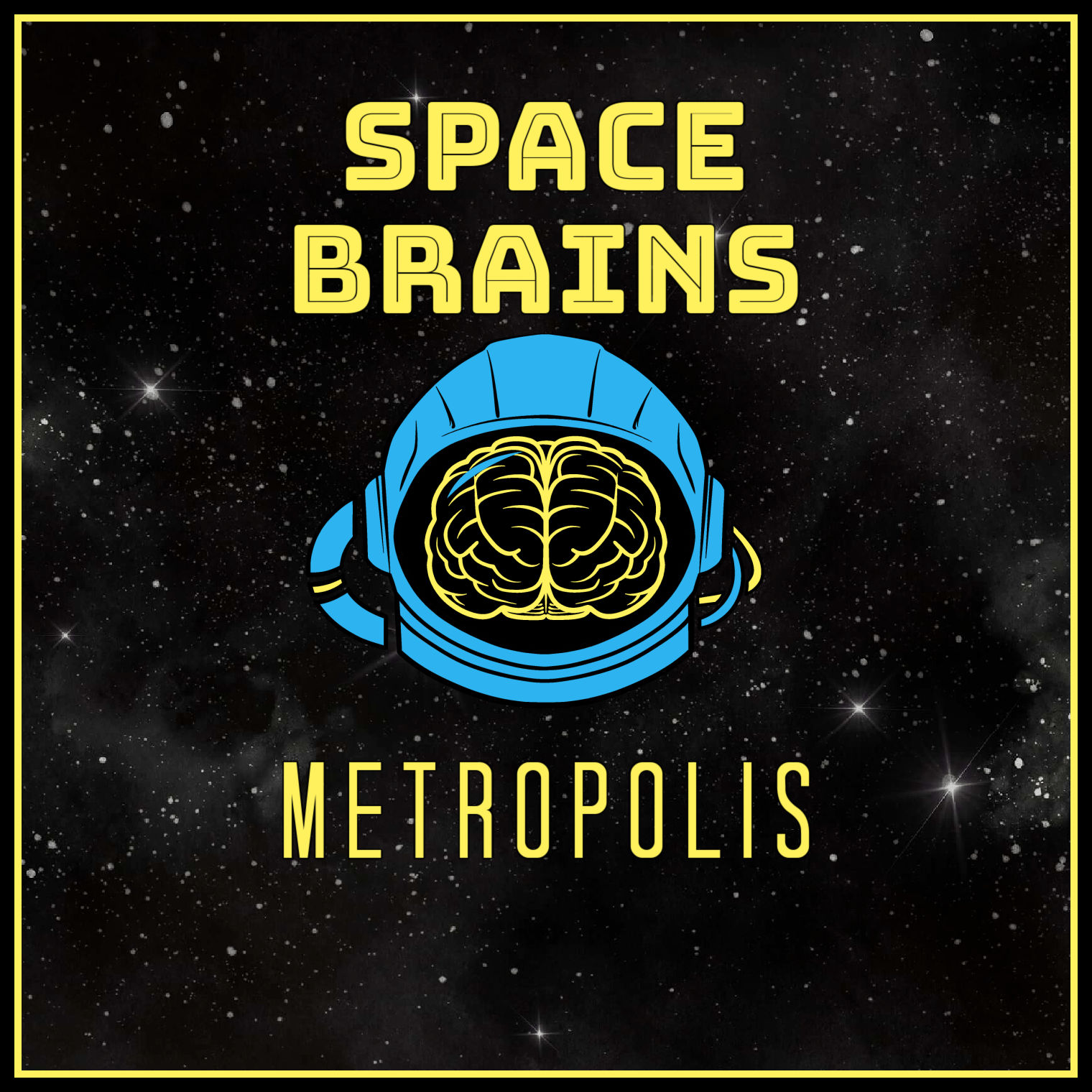 Metropolis is a 1927 German expressionist science-fiction drama film directed by Fritz Lang. Written by Thea von Harbou in collaboration with Lang, it stars Gustav Fröhlich, Alfred Abel, Rudolf Klein-Rogge, and Brigitte Helm. Erich Pommer produced it in the Babelsberg Studios for Universum Film A.G. The silent film is regarded as a pioneering science-fiction movie, being among the first feature-length movies of that genre.

This is a challenging film for some as it is a silent feature, however we certainly talk a lot about it. The Space Brains discuss the central themes, the conflict with Nazi Germany, the edited versions and the strong message of hope at the core. On the science side of things, we discuss real-life examples of underground cities and underground constructions.